Rakesh Jhunjhunwala is an Indian businessman, investor, and movie producer. He is the proprietor of the privately held stock trading company, Rare Enterprises. Forbes’ Rich List has ranked him the 48th most prosperous person in India, with a net worth of 520 crores (2022).

He started experimenting and making stock investments while still in college. As a result, he is referred to as the Warren Buffet of India and the King of Bull Markets. He is also generous and intends to donate about half his fortune to charitable endeavors. He sponsors nearly 400 schools and supports education for children from low-income homes.

On July 5, 1960 Rakesh Jhunjhunwala was born into a Rajasthani family. His early years were primarily spent in Mumbai. The origin of his surname, Jhunjhunu, is in Rajasthan, where his ancestors came from. An income tax commissioner was his father. After graduating from high school, he entered Sydenham College before joining the Institute of Chartered Accountants of India.

Jhunjhunwala became interested in stock markets after hearing his father and friends talk about them. However, while providing him with market guidance, his father never offered him any investment money and banned him from approaching acquaintances for loans. Rakesh began investing while still a college student because he had money saved up for it. Jhunjhunwala started with $5,000 in capital in 1985, and his first significant profit came in the form of $5 lakh in 1986. He made close to $20–25 lakh in earnings between 1986 and 1989. By 2022, he had increased his initial investment to 11,000 crores. The Titan Company, which was worth $7,294.8 crore as of 2021, was his most valuable asset. 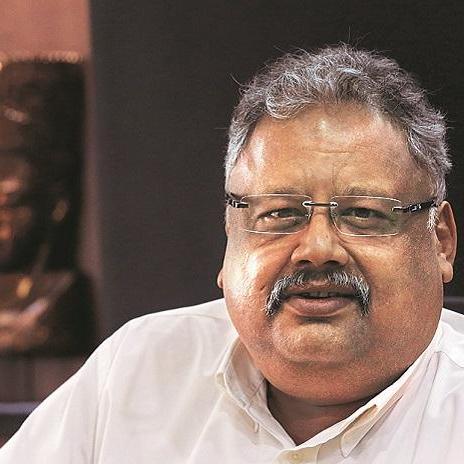 As a partner in his asset management business, Rare Enterprises, he handled his portfolio. In addition to being a seasoned investor, Jhunjhunwala has served on the boards of directors of a number of businesses. The time is in June 2021. He also served on the Board of Advisors for the International Movement to the United Nations.

For Rs 176 crore, Jhunjhunwala acquired six of the 12 apartments at Malabar Hill’s Ridgeway complex from Standard Chartered Bank in 2013. Thereafter, in 2017, he paid HSBC  195 crore to purchase the remaining six units in the building. Then, after demolishing the previous structure in 2021, he started building a new 13-story mansion that was 70,000 square feet in size.

He made a 400 million dollar investment for a 40% share in India’s Akasa Air, a low-cost carrier, in July 2021. As of September 2022, the new airline flies to six cities and has seven aircraft on order for an additional 65. Rakesh had raised his airline ownership to 46% before his passing, making him the major shareholder.

Business magnate Rakesh Jhunjhunwala was renowned for his savvy in the boardroom and ability to spot lucrative investment opportunities. With a starting amount of Rs. 5,000, he began investing in 1985, and his first significant profit came in 1986.

Rakesh Jhunkhunwala had an estimated net worth of $5.8 billion at the time of his passing, ranking him as the 438th richest person in the world.

The expert trader married Rekha Jhunjhunwala in 1987, and the couple had three children together, including twins. In 2004, their daughter Nishtha was born to his wife. In 2009, he gave birth to twin sons, Aryaman and Aryaveer. His wife is a stock market investor as well.

Share trading may seem difficult to the inexperienced, but not to Rakesh Jhunjhunwala. He thinks of it naturally. Trading Sesa Goa shares earned him Rs. 2.–2.5 million between 1986 and 1989. (now Vedanta). Titan is one of his portfolio’s top stocks. At a cost of Rs 3 a share, he purchased those shares in 2002–2003. He is currently earning 35 lakhs per hour from those shares, which have an investment value of Rs 8100 crores at the market price of Rs 1,182. What, then, is his method?

He thinks that a key factor in his success was his ability to provide the appropriate asset at the right moment.

Rakesh has frequently been on the Forbes list. In addition, he has been referred to by various companies, including the Economic Times, which dubbed him the “Pied Piper of Indian Bourses.”

Jhunjhunwala is a successful entrepreneur and businessman who has invested in numerous companies. He owns RARE Asset Management and serves as the chairman of Aptech Limited. In addition, Jhunjhunwala serves on the boards of multiple Indian businesses.

Ritesh Agarwal – The Founder and the CEO of OYO Rooms