Azad Moopen is a healthcare entrepreneur from India. He is the creator of numerous healthcare facilities in Asia and the Pacific. In addition, he serves as chairman and managing director of the 1987-founded Middle Eastern and Indian healthcare conglomerate Aster D.M. Healthcare.

In the Indian town of Kalpakanchery in the Malappuram district of Kerala, Azad Moopen lived. He was born on April 15, 1953. He was the late Mandayapurath Ahmed Unni Moopen’s son, a prominent community figure, liberation fighter, and aristocrat. With a gold medal in his MBBS and a postgraduate degree in general medicine, Dr. Azad Moopen graduated from Kerala’s Government Medical College. Additionally, he has a diploma in chest diseases from Delhi University in India.

Moopen started his career in 1982 as a medical lecturer at the Government Medical College in Kozhikode, but in 1987 he decided to relocate to Dubai.

Over the past 34 years, Aster D.M. Healthcare has expanded from a single doctor clinic in Dubai in 1987 to a worldwide healthcare conglomerate with more than 377 sites scattered across eight countries.

One of the biggest integrated healthcare service providers in the GCC and India is the business. In addition to delivering healthcare to millions of people worldwide, Aster D.M. Healthcare currently employs more than 20,500 individuals directly, including about 2,998 doctors, and the number is continually increasing. 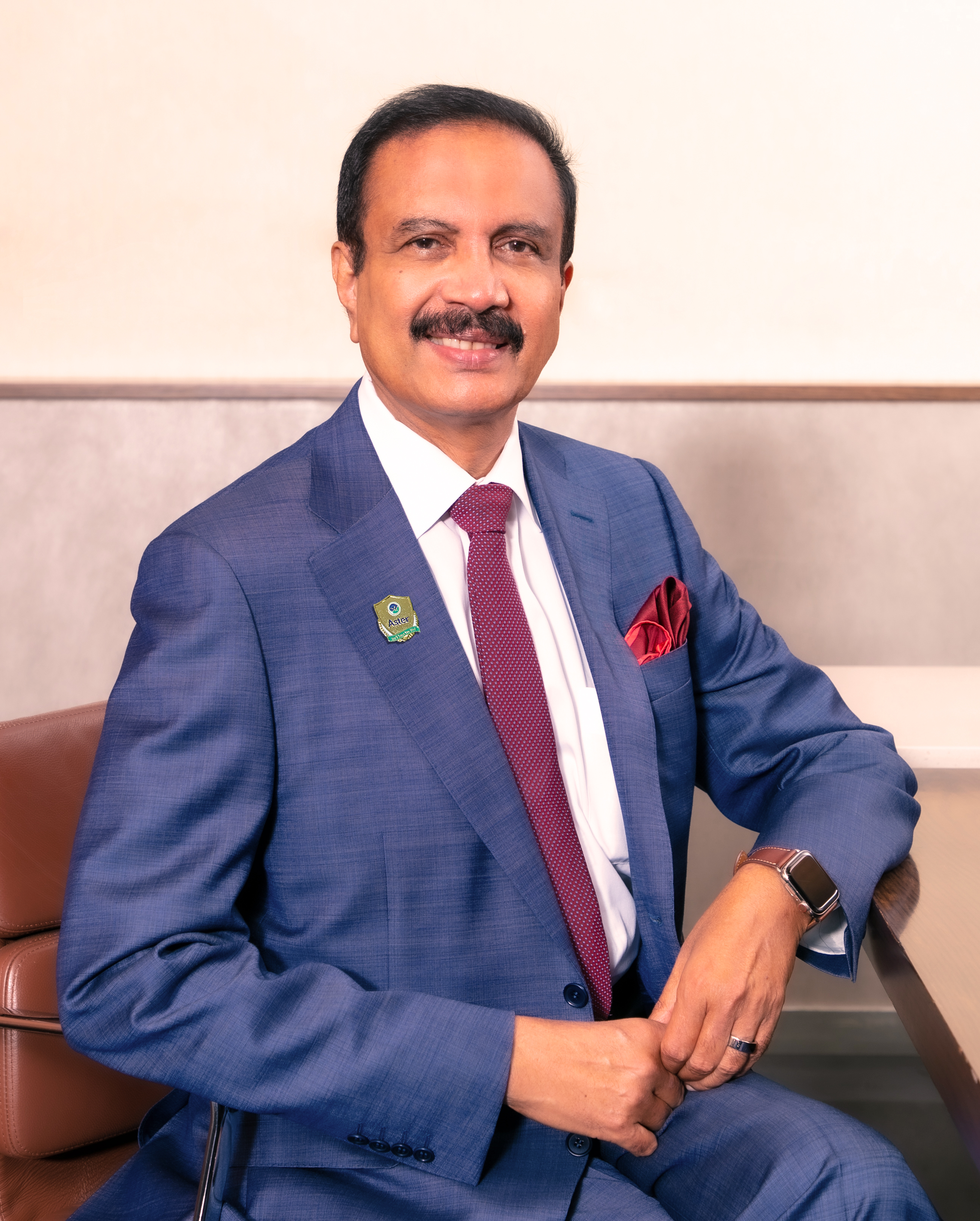 Moopen has contributed to the construction of medical institutions in India. For example, MIMS hospitals directly employ about 3,000 employees.

In 2001, he helped launch the 600-bed Malabar Institute of Medical Sciences (MIMS) hospital in Kozhikode, Kerala. This hospital received accreditation from the National Accreditation Board for Clinics and Healthcare Providers in 2007, making it the first multispecialty facility in the country. In the Malappuram district of Kerala, the second 150-bed MIMS hospital opened its doors in 2009.

In 2008, under his direction, the MIMS Charitable Trust opened a rural health facility in the impoverished Vazhayur Panchayat near Kozhikode. As a result, it adopted 7,000 BPL individuals for comprehensive, free outpatient and inpatient care. In addition, the trust plans to implement a breast and cervical cancer screening program and adopt the BPL population in the three wards surrounding MIMS in the Corporation of Kozhikode.

He was the Gulf Area convener of the Malabar Airport Development Action Committee, which led the 1990s public-private partnership push to create Kozhikode International Airport. This airport is the only one ever built in the nation with such private involvement. He was the founding chairman of the Association of Indian Muslims in the UAE and the Association of Kerala Medical Graduates. Additionally, he is one of the supporters of Credence High School in Dubai, a secondary school that he and other individuals co-founded in 2014.

Moopen serves as vice chairman of the Social Advancement Foundation of India. He also collaborates with the Aster D.M. and Dr. Moopen Family Foundation.