Subhash Chandra Goel-  ‘Key to happiness is to get success on your stride and not to be depressed when you fail.’ 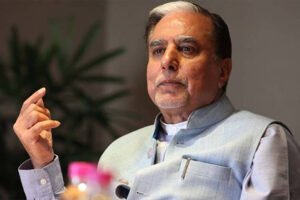 Subhash Chandra, launcher of the ZEE Entertainment – the India’s first Satellite Television and Non-Executive Chairman of the Board and promoter for Essel Group. Though the Essel group was actually started in 19th century, it initially came under lime light in the year 1926. Soon launched various channels like Zee News, Zee Business, Zee Learn etc. He initially started the Essel Packaging Ltd. which was then merged with Swiss Group Propack AG. Later it was named Essel Propack Ltd. which is now one of the largest manufacturers in the world. Now Essel, known as the best television broadcaster got through more than 150 countries with 70 channels.

Zee TV was the first to launch Direct to Home (DTH) services in 2003. His business included television networks and film entertainment, a newspaper chain known as DNA, cable systems which included Wire and Wireless Ltd. and satellite communications. Other than these he built theme parks like Essel World and Water Kingdom, started the Playwin-the online gaming, infrastructure development like Essel Infraprojects Ltd and family entertainment centers known as Fun Cinemas. Essel in the media network developed new technologies. By this his turnover is around $4.9 Billion. 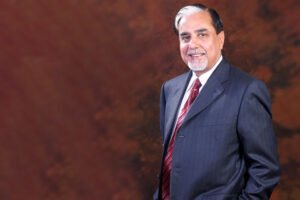 Mr. Goel was born to Nandkishore Goenka and Tara Devi Geonka on 30thNovember 1950 at AdampurMandi. He comes from a Marwari family and was the eldest of the seven siblings. He was known as Subhash Chandra Goenka (Goel). He changed his name to Subhash Chandra as he felt that independent India was being divided by the political establishment. He went to the local village school which taught only up to the primary level. Later he was placed under the tutelage of his grandfather, JagannathGoenka.

Their family business was into exporting Food Gains. As he was not interested in studies, he dropped out from 12th standard. In 1976, he started helping his father and brother in trading and exporting of rice. They supplied food gains for Food Corporation of India. Even though he had a family business to be ahead, he wanted to be a pioneer and establish his own business and ventures. He married Sushila Devi and has two children – Amit Goenka and Punit Geonka who are now looking after his business. In 2009 he took the management responsibility of Daily News & Analysis (DNA) which is the fastest growing English newspapers in the country. 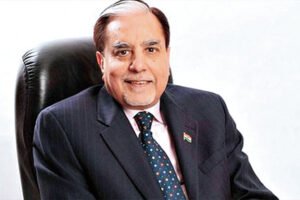 As a philanthropist, he provided quality education through distance and open learning by Transnational Alternate Learning for Emancipation and Empowerment through Multimedia known as TALEEM. He started Ekal Vidyalaya Foundation of India to educate the rural and the tribal to remove illiteracy. It provides free education across 27,000 villages in 21 states through one-teacher schools.


He started the Global Vipassana Foundation which was a trust set up to help people raise their spiritual quotient. He is also the Chairman for Global Foundation for Civilizational Harmony (GFCH) which includes faith, civilizational and cultural issues.

In 1999, he was honored with ‘Business Standard’s Businessman of the Year’ along with ‘Entrepreneur of the Year’ by Ernst & Young. 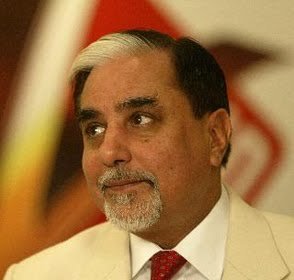 In 2004, he was named ‘Global Indian Entertainment Personality of the Year’ by FICCI.

In 2010, he was honored with ‘The Hall of Fame’ for Continuing Contribution to Industry at the annual Exchange4media Indian News Broadcasting Awards (EINBA).

Now he is chosen by The Confederation of Indian Industry (CII) as the Chairman of the CII Media Committee for two successive years.