Kushal Pal Singh (15 November 1931) is the CEO of  DLF Ltd. It was founded by his father-in-law Raghvendra Singh Chaudhary. 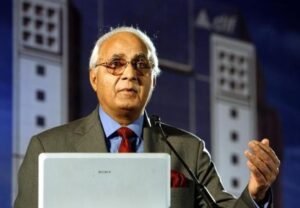 He was known for setting new standards in urban development to create the world class infrastructure.He was born toa Jat family in Bulandshahar, Uttar Pradesh. His father Ch. Mukhtar Singh was a lawyer in Bulandshahar. He completed his graduation in Science from Meerut College in Uttar Pradesh. Later he pursued Aeronautical Engineering in UK, after which he was selected for the Indian Army by British Officers Services Selection Board in UK. He was commissioned into the cavalry regiment of ‘The Deccan Horse’ of the Indian Army. He joined his father in law who was the founder of DLF Group.


He worked for American Universal Electric Company to which it was then merged with DLF Universal Limited. He was placed as the managing director of the Company which was in Gurgaon. His dreams and visions were very clear. He built an innovative model by acquisition of land from the farmers.He indulged in the farming community and started ‘Partners in Progress ‘for them. 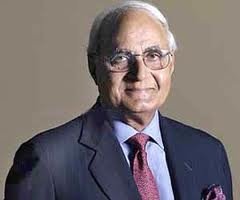 He married Indira Singh, who was the daughter of Raghvendra Singh Chaudhary. His son Rajiv is the vice Chairman and daughter Pia Singh is the Director and are supposed to take care of his business after him. His daughter in law Kavita has been an ‘advisor’ to DLF Commercial Developers Ltd. Rajiv’s daughter Savitri is the Business Head for Retail Business in DLF Commercial Developers Ltd. and Anushka is the General Manager for Development in DLF Home Developers Ltd. His elder daughter Renuka is married to G.S. Talwar who is a non-executive director at DLF Ltd. Their son, Rahul, has joined DLF India Ltd as a senior management trainee.To improve the scope for real estate’s he spanned 125 acres of land with facilities like earthquake proof buildings, apartments and shopping malls. He made Gurgaon known as ‘The Millennium City’. He innovated the Gurgaon satellite city project. The DLF City ranges restaurants, hospitals, schools, hotels and a golf course.


Mr. Singh was elected as the President of the Associated Chamber of Commerce and Industry of India (ASSOCHAM). The Forbes magazine listed him in top 100 richest businessmen with a turnover of $3.9 Billion. For him the overlook of the term philanthropy was different. He says, “The concept of philanthropy is really good, but for that people in our country, first need to create wealth themselves”. 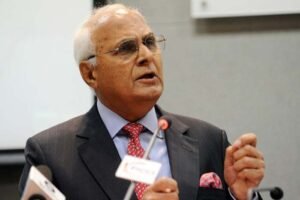 In 2000, he received the Samman Patra Award by Government of India for being one of the top tax payers of Delhi.

In 2008, he was conferred as Indian of the Year Award by NDTV for the contribution for Indian economy.

In 2010, he was conferred by Prince Albert II of Monaco for his valuable contributions for Honorary Consul General of Monaco in Delhi for past two decades.

In 2010, he was awarded with Padma Bhusan by Government of India.

In 2011 he received the Entrepreneur of the Year at The Asian Awards.

Government of Delhi conferred him with Delhi Ratna Award for his valuable contribution towards the development of Delhi.