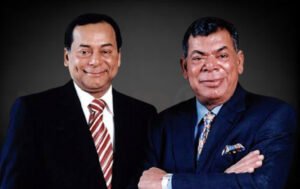 Shashi and Kishore Ruia is the chairman and co-founder of Essar Group along with his brother RavikantNand Kishore Ruia as Vice Chairman. They are also known as the Flamboyant brothers. Jointly they have a net worth of $4.6 billion. Essar group is an Indian conglomerate with various sectors including steel, oil, gas, power, ports and shipping, telecom and technology solutions. Essar first began as a construction company in 1969 and diversified into manufacturing, services and retail. It was engaged in core activities like marine construction, pipeline lying, dredging and other port related activities.

They ventured further in the field of exploration and development, drilling onshore and offshore oil and gas wells for Indian Public Sector oil exploration companies. The company’s name was changed to Essar Offshore and Exploration Limited. In 1988, it offered its shares and listed in Bombay Stock Exchange, National Stock Exchange of India.


They have jointly set up ventures in Essar Group in worldwide featuring more than 25 countries. Basically, it was a construction company in 1969 and later diversified to energy infrastructure and services. At a time they owned 33% of the Vodafone Essar. They had sold it to Vodafone for £3.1 billion. Essar’s business was mainly into steel, power and oil services as lowest cost power and oil producers. Together they net worth leads to $15.9 Billion.

At first they had a very small business which was into Shipping and Exports Company, maintained by their father Sri Nand Kishore Ruia. Later it was known as Essar. After his death they diversified their business in manufacturing. They have extended their steel business to North America with the acquisition of Minnesota Steel and Algoma Steel of Canada. Aegis, the US based firm was sold to France’s Tele Performance for $610 million. To get an oil suppy contract with Moscow’s Rosneft, they tied up a $1 billion loan from Russia’s Vneshtorgbank. 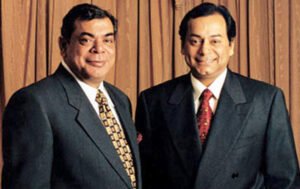 Like others they too have their favorite holiday destination in South of France. They loved to spend their times in London, Mumbai and Delhi. They also have assets at these places along with London. Due to their strong beliefs they never travelled together and always considered 13 as their luckiest number. 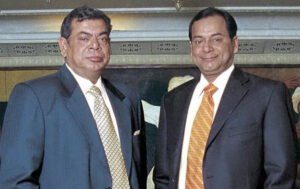 In 2010, ShasiRuia received India Businessman of the Year Award.

In 2013,Ravi Ruia was awarded with the Outstanding Contribution to Sustainability at The Asian Awards in London.