Pankaj Ramanbhai Patel is the Chairman and Managing Director of Cadila Healthcare. His father Ramanbhai Patel and Indravadan Modi founded Cadila Laboratories. He was born in the year 1951. Even though Pankaj was the son of a wealthier man, he used togo school on foot like other boys. 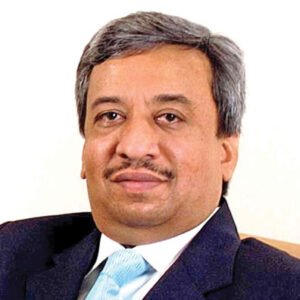 At the age of 8, he visited the Cadila factory to know how the tablets were made. He thought to join his father’s business. Hence he pursued M.Pharm from L M Pharmacy in Ahmedabad from Gujarat University. He also completed his BA in Science and Law from the University of Mumbai. He started working with his father since 1976.

In 1995, the Laboratories had split and Pankaj took over the Cadila Healthcare. It was difficult to manage the company as the staff worked out was double the amount of his company’s income. He felt it was an opportunity and resolved the turn over to Rs 1000 crore. His idea was to adopt the Strategic Business Unit (SBU) concept and bifurcated the company departments. Each Unit was run by a senior management; therefore it was easy to make decisions with the new management policy after which his aim was to take the company to global level. Cadila Healthcare Company has made its presence in 50 countries. Under his leadership, it has become fifth largest pharmaceutical company in India. He opened Zydus Cadila which was an R & D center where nearly 1000 scientists work on new drugs and vaccines. His dream was to make India medical research center with a turnover of $3.2 Billion later he was listed in the Richest Indians List. He owns 75% stake in Cadila Health care and makes branded generic drugs and rabies vaccines. The Healthcare group’s Zydus Wellness makes SugarFree which is the nation’s most selling substitute for sugar. Now Cadila and Eli Lilly together are developing a cardiovascular drug which would help Indian company to reach milestone. He played an active role in fighting against swine flu by securing approval for his group from the Drug Controller General of India to launch his VaxiFlu-s which was the first Indian made H1N1 vaccine. 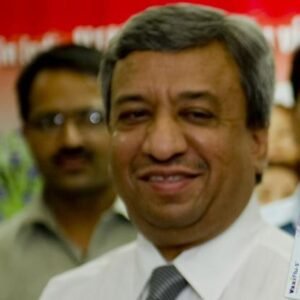 He married Priti Patel and has a son and a daughter. His wife was the daughter of Dr B. D Patel. His son Dr Sharvil Patel is Deputy Managing Director of Cadila Healthcare Ltd. His daughter Shivani is married to Pranav D Patel. Pankaj was also a member of Indian Pharmaceutical Alliance, Indian Drug Manufacturers Association, Basic Chemicals, Pharmaceuticals and Cosmetics Export Promotion Council and Gujarat Chambers of Commerce and Industry. Pankaj, along with the chairman of Sintex Industries, Dinesh patel bought a Challenger-604 jet.

In 2003, he was named the ‘Best Pharma Man of the year’ by the Foundation of Indian Industry and Economists.

In 2004, he was declared the Pharma Man of the Year by the Federation of Indian Industry and Economists for the contribution towards Indian Pharma Industry.

The World Pharmaceutical Frontiers ranked him in the First Pharma 40 list of world’s most influential people in the field of healthcare.