Cyrus Poonawalla is the chairperson for the Poonawalla Group and Serum Institute of India who is ranked as the 11th richest billionaire in 2015 by Forbes. Poonawalla’s net worth is about $6.6 billion. He has made Serum Institute to be listed as the world’s largest vaccine manufacturer. 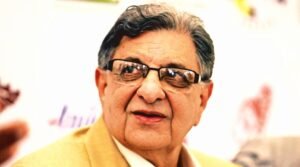 India found it difficult to import vaccines as they have higher prices. In 1966, Dr. Poonawalla founded Serum institute to manufacture immuno-biologicals to meet the vaccine requirements for the country. Due to this achievement people could buy vaccines at an affordable price. His vaccines mainly contained DTP (Diphtheria, Tetanus and Pertussis), Anti-snake Venom serum and Tetanus Anti-toxin. Later he came up with newer vaccines like Hib, BCG, r-Hepatitis B, Measles, Mumps and Rubella vaccines. He produced almost 1.3 billion doses.

Business Establishment
Soli A. Poonawalla, father of Cyrus Poonawalla established Poonawalla Stud Farms in 1946, which is now the leading Stud farm in the country. By this Dr. Poonawalla was very keen about horse racing. He was well known prominent figure of India in the field of horse racing. He served as a chairman for Royal Western India Turf Club.He was the representative for the International Federation of Horse racing Authorities (IFHA)and was a member of the Asian Racing Federation (ARF) for more than ten years. He also won National and International awards for racing in India. He was also fascinated by cars specially Sports cars and Limousines. He thought cars won’t elite the society and hence he donated the horses to Haffkine Institute in Mumbai.

He then observed that the horse serum can be used for vaccines. They sold the horses in the Poonawalla Stud Farm to set up the venture. For the benefit of the country he sold the vaccines at a lower price. By 1998 they have started supplying vaccines over 100 countries. Recently Serum teamed up with Cipla which is controlled by billionaire Yusuf Hamied, to market Serum’s vaccines in Europe.He owns stakes in Ritz Carlton, which is in Pune and a Bulgari hotel in the Maldives.

He had donated to the poor who were suffering with diseases. He arranged free rubella immunization for girls from slum areas. He built parks and gardens in the Pune city. He also established Soli Poonawalla Memorial High School on the name of his father in Hadapsar and Dr.Cyrus Poonawalla Conference Hall at Brihan Maharashtra College of Commerce in Pune. He is also an active associate of Executive Council.

He completed his schooling in Bishops School from Pune. He was graduated from Brihan Maharashtra College of Commerce (BMCC) and awarded Ph.D by Pune University. He was married to VillooPoonawalla. His son Adar Poonawalla is the Executive Director at Serum. He owns a Gulfstream 550 airplane. 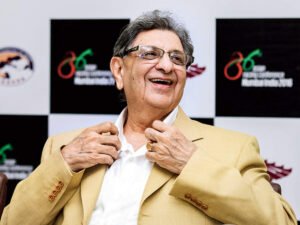 1998 – Pune’s Pride Award for excellence in the Corporate World

2005 – Padma Shri for his contribution to the field of medicine.

Apart from these his Serum institute has won ‘No.1 Biotech Company of the Year’ for 4 consecutive years from 2006 to 2009.