Vivek Chaand Sehgal is the chairman and co founder of Samvardhana Motherson group. It is an auto part manufacturer which was found in 1975 along with his mother. 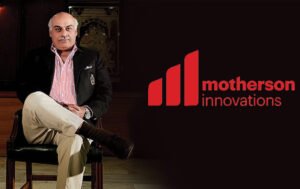 They first introduced the Motherson Company in 1976, after the joint venture between Samvardhana Motherson Group and Sumitomo Wiring Systems which was a company from Japan. They established Motherson Sumi Systems in the 1986. It supplies from door panels to interior trims to major automakers around the world. It designs and manufactures wiring harnesses, automotivemirrors, polymer componentsand integrated modules like bumpers, dashboards and door trim modules. His net worth is about $2.8 Billion which makes a place in India’s richest people’s list. 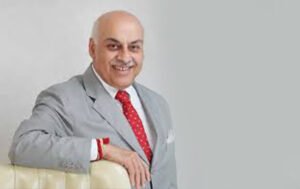 
Initially the company started with cutting tool manufacturing in auto parts. He then looked for Tool Room for small and medium sized moulds which was up to 650 Tons. Then he came through Cockpit Assemblies and Automotive Mirrors which increased his sales.In 1999 he established an office in Austria as he felt leading his company in overseas would bring him good revenues. He built a representative office at Singapore as a joint venture for IT, Engineering and Design Company in India. He looked for acquisition of assets of Wexford electronics for manufacturing of wiring harnesses for material handling and earthmoving equipment with a design center in Ireland.

Mr.Sehgal set targets in the company for five years and has achieved it on the topline and the bottom-line. For the organic growth he planned with every unit for future acquisitions. The compounded annual growth rate (CAGR) in the last six years was almost 40-45 percent of the growth. The company was seeing strong demand for its products in the Europe, which accounts for almost 42 percent of total sales.