Brij Mohan Lall Munjal is the chairman of Hero group of Industries. He linked an agreement with Honda in 80’s which was first known as the Munjal’s Company.

In 1984, Japan’s Honda collaborated with the Hero Group to manufacture motorcycles in India. At that time the company was mainly manufacturing scooters. Manufacturing of scooters drastically went down as they became out of fashion and Hero MotoCorp went on manufacturing motorcycles. Now Hero Honda is the largest motorcycle company in India and it is the largest manufacturer of two-wheelers in the world. Mr. Munjal was a former president of Confederation of Indian Industry (CII), Society of Indian Automobile Manufacturers (SIAM) and a former board member in the Reserve Bank of India. 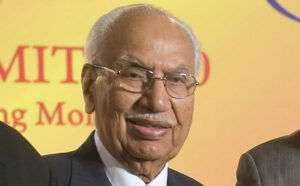 He has also started manufacturing motorcycles in Colombia and Bangladesh. He sold some of his stakes to invest in the defense sector. His company has always been sponsor for the World Challenge tournament by the Tiger Woods Foundation. Mr. Munjal was very involved with his company’s dealers and departments. He had a very affectionate nature even though he was the owner of the company and always stood first to reach out for the issues. In the initial days the chairmanof Bajaj Auto used to consider Mr. Munjal as his Guru. Now his turn over is almost $ 3.7 Billion.

Mr. Munjal was born in the year 1923 in Kamalia which is now in Pakistan. At his twenties, he moved to Amritsar along with his brothers. They started supplying components to the local bicycle businesses. After partitions they had to move to Ludhiana in 1947. The town was already the center of bicycle business. They started distribution network in other parts of the country to become India’s largest bicycle parts suppliers. As only supplying won’t work out, they started manufacturing bicycle parts specially handlebars, front forks and chains. With the help of the Punjab state government which was issuing industrial licenses for bicycle businesses. Initially they started with producing approximately 7,500 units per year. Compared to others their hero cycles came up with cheaper prices. In 1986 Hero Cycles Limited entered the Guinness Book of Records as the largest manufacturers of bicycles in the world.

Later he started manufacturing motorcycles. He married Mrs. Santosh and had four children. His elder son Raman Kant passed away while Suman Kant and Sunil Kant are involved with other businesses. He appointed his third son PawanMunjal as chairman by the company’s board. He was also awarded doctorates by BHU Varanasi, IIT Kharagpur, HNB University Garhwal and Guru Gobind Singh Indraprastha University Delhi.

Before entering into Honda Motors, he started the Majestic Auto Limited and started manufacturing Hero Majestic Moped. Later he started a joint venture with Hero Honda and established a plant at Dharuhera Haryana. Under his guidance the company was expanded vastly. They sold almost 16000 motorcycles in a day. After clubbing with Hero Honda Motors Ltd. as a joint venture, the global market expanded with name Hero MotoCorp Ltd. Now it started producing up to producing 50 million bikes. 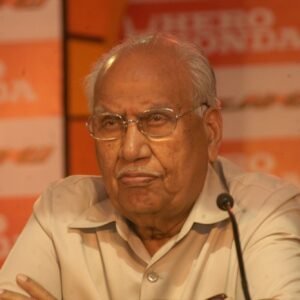 
In 1997, he received the Distinguished Entrepreneurship Award from The PHD Chamber of Commerce and Industry.

In 1999, he was the Most Admired CEO List of the magazine “Business Barons”.

In 2001, he was recognized as Ernst & Young Entrepreneur of the Year.

In 2003, he received the Lifetime Achievement award for Management from All India Management Association.

In 2005, he was given Padma Bhushan by the Government of India.

In 2011, he received the Economic Times Lifetime Achievement Award.

He also received Leadership Award by PHD Chambers of Commerce & Industry from AIMA.