Mangal Prabhat Lodha is the founder of the Lodha Group which is based on real estate business including housing and commercial projects. 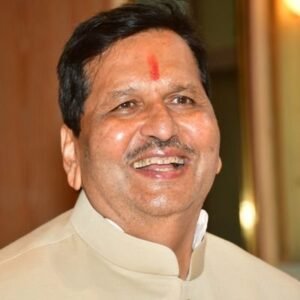 He is listed in India’s top richest business man with a net worth of $3.1 Billion. Lodha Group has many projects under construction. Lodha Developers has 30 projects under construction covering 35 million square feet. Now ‘World One’ which is a 117-story luxury high-rise in central Mumbai is one of them. His signature project is a 75-story Trump Tower will have a golden facade in downtown Mumbai. He also bought buildings in Central London which were converted into luxury residences mostly for Indians who were rich.


His company was once best known for investing over $1 billion in developing New Cuffe Parade which was an upcoming township of four 63-storey towers on a 23-acre land. Mr. Lodha has made significant contributions in his political career. Due to his interest in politics, he became vice-president of Maharashtra’s Bharatiya Janata Party (BJP) and also the Member of the Legislative Assembly (MLA) from Malabar.He has been the representative of the Malabar Hill constituency since 1995. As a politician he won the local elections for the fifth time in a row.His aim was to reduce corruption for which he enacted the Right to Information Act (RTI). Amidst the stern opposition he introduced the RTI bill in Vidhan Sabha. He started an Animal Welfare Board in Maharashtra and proposed a law against cow slaughter in the state. Mr. Lodha was born on 18 December 1955 in Jodhpur. He completed his B.Com and LLB from the Jodhpur University and practiced law in the Jodhpur High Court. His father Shri Guman Mal Lodha, was a freedom fighter and a judge at Jodhpur High Court. At young age, he was an active member of the Akhil Bharatiya Vidhyarthi Parishad (ABVP). He thought it would be inappropriate to practice in the same court where his father was the judge. He moved to Mumbai and started the Lodha Group in the year 1981. He married Manju Lodha and has two sons. Now the business is run by his sons. His elder son Abhishek, holds a Bachelor’s and Master’s Degree in Industrial Engineering from Atlanta. He looks after design, construction and corporate planning functions. His younger son Abhinandan, holds Master’s Degree in Business Administration from UK. He is involved with sales, marketing and finance functions. He organizes free medical camps by using medical vans by Mobile health clinics. He started a campaign ‘Nirogi Mahila Abhiyan’ the health and welfare of women and young girls who live in slums. He held ‘Jeevan Asha Yojana’ to provide medical help for patients who cannot meet the expenses of expensive medical treatments. He opened generic pharmacy shops to provide good medicines at a low cost.


He held School Health Camps for regular health check-ups to the children studying in Primary and Secondary level. He proposed an initiative to clean the water tanks in housing societies, schools, colleges and police stations so that 500 complexes would be benefited. He also proposed a coastal freeway from Nariman Point to Virartill Ghatkopar through Eastern Freeway.