Yusuf Khwaja Hamied is an Indian scientist and the chairman of Cipla. He is an elected member of the Indian National Science Academy. 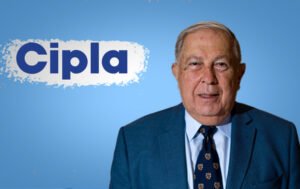 ICipla was founded by his father Khwaja Abdul Hamied in 1935. Yusuf was born on July 25 1936 in Lithuania. He was bought up in Bombay. His father was an Indian Muslim and his mother was Russophone Jewish. He completed his schooling in Cathedral and John Cannon School. He further pursued higher education in Organic Chemistry under the guidance of Alexander Todd who was a recipient of Nobel Prize in the field of Chemistry. He completed his Ph.D. at the age of 23 years and holds a Ph.D. in chemistry from Christ’s College, Cambridge. Now Yusuf is known for India’s leading drug-maker. He joined as an officer-in-charge of research and development in 1960.


His initial salary was about 1500 for 3 years and received his first salary after working for a year. At his time, every major drug was covered by patents and export was not possible. Hence, he formed the Indian Drug Manufactures Association in 1961. In 1972, Indian Pharma industry got the legal freedom to manufacture and market any drug required in the country. 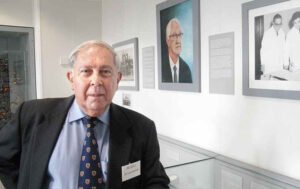 “In Africa, Cipla is a temple and Dr. Hamied is God.” These were the words by the Former head of Johnson and Johnson Mr. Ajit Dangi. By his efforts he eradicated AIDS in the developing world to give patients life-saving medicines. Now, Cipla has acquired distribution companies in Yemen, Sri Lanka and Washington, D.C.’s Chase Pharmaceuticals which makes drugs for Alzheimer’s disease.

Under his leadership, he created substitutes for imports and changed it into a self-sufficient enterprise. Cipla was the first company to offer the triple drug cocktail, Triomune that fights against HIV and AIDS. These were offered in low prices. His turnover was around $3 Billion. In 1990, he also set up a care unit for cancer patients in Pune. In 2009, the Yusuf Hamied Centre was opened at Christ’s College, Cambridge. He was present in the pharmaceutical business for 48 years, and has earned respect for himself in national and international level. His contribution to India and the world is truly inspiring.

Cipla is a generic pharmaceuticals company which includes Chemical,Industrial and Pharmaceutical laboratories. It is amongst world’s largest producers of low-cost antiretroviral drugs for AIDS.AZT, d4T, 3TC, ddI, nevirapine, and efavirenz are some of the drugs produced by the company. It has faced challenges in India and abroad from multinational pharmaceutical companies. Yusuf expanded the production of bulk drugs and active pharmaceutical ingredients. 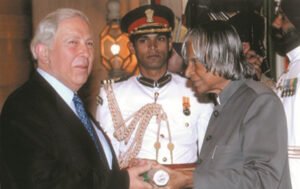 In 2002, he received Lifetime Achievement award from Express Pharma Pulse.

In 2004, he was elected as a Fellow of Christ’s College, Cambridge, UK.

In 2005 he was awarded the Padma Bhushan by the President Dr. A.P.J Abdul Kalam.

He also received a National Award from the Department of Science and Technology by the Government of India for successful commercialization of publicly funded R & D.